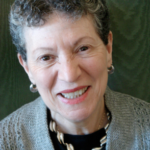 About This Special Episode

If there’s one book you need to pick up now, it’s The Child in the Electric Chair. It tells the true story of George Junius Stinney, Jr., a 14 year old black boy who was convicted – and sent to the electric chair – for the murder of two young white girls in a 1944 South Carolina town. The story exposes the preposterous legal system in the Jim Crow south, race relations then, and leads the reader to question the real meaning of equal justice under the law.

The book, which took nearly a dozen years to research and write, was the undertaking of the very thoughtful Historian, Eli Faber. When he realized he wouldn’t be able to complete it due to advanced pancreatic cancer, he asked his dear friend and colleague, fellow Historian Carol Berkin, to complete the book and see it through publication. And that she did. Sadly, Eli Faber passed away before his work would go to print.

On this episode, Carol Berkin, Presidential Professor of History, Emerita, of Baruch College & The Graduate Center, CUNY, discusses the book and all of its complexities. As our guest on episode 124, we start the conversation by having her revisit her one way ticket destination to the 1848 Seneca Falls Convention.

Eli Faber was Professor of History and Dean of Undergraduate Studies at John Jay College of Criminal Justice at the City University of New York when he retired in 2010. He was also the author of A Time for Planting: The First Migration, 1654-1820 and Jews, Slaves, and the Slave Trade: Setting the Record Straight.

Carol Berkin is Presidential Professor of History, Emerita, of Baruch College & The Graduate Center, CUNY. She received her B.A. from Barnard College and her PhD from Columbia University where her dissertation received the Bancroft Award in 1972. She has written extensively on women’s history and on the American Revolution, the creation of the Constitution, and the politics of the early Republic.

Her books include Jonathan Sewall: Odyssey of an American Loyalist [Columbia University Press] which was nominated for the Pulitzer Prize; co-editor of Women of America: A History [Houghton Mifflin & Company], the first published collection of original essays in American women’s history; First Generations: Women in Colonial America [Hill & Wang]; A Brilliant Solution: Inventing the American Constitution [Harcourt], awarded the Colonial Dames of America Book Prize; Revolutionary Mothers: Women in the Struggle for American Independence [Knopf]; Wondrous Beauty: The Life and Experiences of Elizabeth Patterson Bonaparte [Knopf] ; The Bill of Rights: The Struggle to Secure America’s Liberties [Simon and Schuster]; and most recently, A Sovereign People: The Crises of the 1790s and the Birth of American Nationalism.

Professor Berkin has appeared in over a dozen documentaries on colonial, revolutionary, and civil war history, given lectures on her specialties at major universities in the United States and England, and participated in faculty development across the country under the U.S. Department of Education’s Teaching American History Grant Program.

Her favorite pastime is doting on her three grandchildren, Talulla, Noa, and Asher.

The Child in the Electric Chair