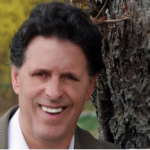 Steven Kampmann began his career as a comedic actor/writer at the legendary Second City Theater appearing both in Chicago and Toronto. He wrote on and produced the hit television show WKRP IN CINCINNATI before co-starring on the successful Newhart show two years later in the role of Kirk Devane.

He has appeared as an actor in eight movies including a featured role in Club Paradise with Robin Williams, For the Boys with Bette Midler, and Analyze That with Robert DeNiro and Billy Crystal. He co-wrote the hit comedy Back to School with Rodney Dangerfield and co-wrote and co-directed the film Stealing Home starring Jodi Foster and Mark Harmon. Other film credits include The Couch Trip with Dan Aykroyd and the cult classic Clifford starring Martin Short. His Christmas film, Special Delivery, debuted on the Fox Family in December 2000.

Until May of 2010, Steven had been teaching senior English, creative writing, screenwriting, and public speaking at Blair Academy in New Jersey for the last twelve years. He also held the title of Writer in Residence.