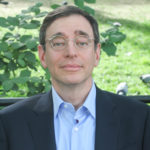 Seth M. Siegel is a serial entrepreneur, water activist and a New York Times bestselling author. He is a campaigner for change in water policy in the US and around the world.

Seth has been recognized for his thought leadership and advocacy on water scarcity and quality. He is the Daniel M. Soref Senior Fellow at the University of Wisconsin’s Center for Water Policy and his commentary has appeared in many leading publications, including The New York Times, The Wall Street Journal and The Washington Post.

He is the author of the award-winning, international bestseller Let There Be Water: Israel’s Solution for a Water-Starved World. The book is now available in 15 foreign-language editions and in more than 50 countries. It has won praise from Tony Blair, Michael Bloomberg, Shimon Peres and Robert F. Kennedy, Jr., among other global figures.

Seth has spoken about water issues before hundreds of audiences on four continents, and in more than 60 US cities. He has appeared before Congress, the United Nations, the World Bank, in Davos, Google’s headquarters and many other venues as well as dozens of universities, including Harvard, Yale and Princeton. Seth’s views are regularly featured on TV, radio and in print.

Trained as a lawyer, Seth left the law after only five years, to pursue a business career. The company he co-founded became a worldwide enterprise representing such global brands as Harley-Davidson, AT&T and Coca-Cola, finally being sold to Ford Motor Company. Seth has since devoted the bulk of his energies to community service, while helping to incubate companies in financial services, real estate brokerage and digital entertainment. He also received a Tony Award nomination as a producer of the Broadway revival of Man of La Mancha.

Seth is currently at work on a book about the widespread contamination of America’s drinking water, and what must be done to improve it.

Seth lives in New York, and is married to Rachel Ringler.

Let There Be Water: Israel’s Solution for a Water-Starved World