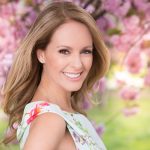 Our guest on episode 231, Royal Commentator Victoria Arbiter lived her late teens in Kensington Palace and brings to her role a wealth of insider knowledge and expert analysis on the British Royal Family gained from a career that spans both sides of the Atlantic.

Victoria writes a weekly royal column for 9 Honey, the digital arm of Channel 9 in Australia, and has been featured in numerous international publications and documentaries.

Her book on Queen Elizabeth II for the Pocket Giants Series was published by the History Press in February 2016.

Victoria shared in our last conversation that her one way ticket was to Victoria Falls, Zimbabwe!

Since we’re marking our show’s 10th anniversary, and since it co-insides with the Queen’s Platinum Jubilee, we’re combining the two occasions and having Victoria return to the podcast to answer 10 questions about HM the Queen.

Plus, I asked Victoria one bonus question for good luck: Why do we have such an enduring fascination with the Queen?

The book I referenced in the conversation was: Daughter of Empire: My Life as a Mountbatten by Lady Pamela Hicks