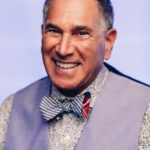 A New York native, Robert Horn studied Theater at New York University’s Tisch School of the Arts and New York’s Circle in the Square theater school. Soon after, he left for Los Angeles to pursue a writing career in film and television that has spanned over 30 years. His first break came as a writer/producer on the iconic television series “Designing Women”, followed by the groundbreaking Fox series “Living Single”, and the irreverent CBS comedy “High Society”.

Mr. Horn was then signed to an overall production deal with Warner Brothers Studios, where he developed, wrote, and Executive Produced dozens of network pilots and/or series. He then signed a multi-year script deal at Sony Studios, followed by an overall pilot deal at ABC Studios. He, along with television veteran Bob Boyett, wrote and created the FX Series Partners, one of the few 10/90 deals made in the early 2000’s. He has written projects for many numerous broadcast, cable, and platform networks, including as the musical pilot Car Wash with Will Packer, The Jenni Rivera Show for Latin superstar Jenni Rivera, the pilot Sunnyland for TBS starring Jennifer Hudson, Left of Center developed with TV veteran Gail Berman, and Taxi 22 at HBO, starring James Gandolfini.

Mr. Horn also wrote musical movies such as “Sharpay’s Fabulous Adventure”, the next of the High School Musical series, followed by the hugely popular “Teen Beach Movie” franchise for Disney.

Theatrically, Mr. Horn has written the books for “Dame Edna, Back With A Vengeance” which opened at Broadway’s Music Box theatre in 2004; “Lone Star Love”, the Red Clay Rambler musical which premiered at the 5th Avenue Theater in Seattle; the Jason Robert Brown musical “13” which premiered at the Goodspeed Opera House in Goodspeed, Conn and opened at the Jacobs Theater in New York; the musical “Moonshine, that Hee Haw Musical”, with Brandy Clark and Shane McAnnally, which opened at the Dallas Theater Center, and the Broadway musical Tootsie, collaborating with David Yazbek.