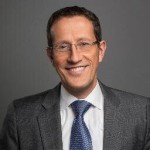 Richard Quest is CNN’s foremost international business correspondent and presenter of Quest Means Business; the definitive word on how we earn and spend our money. Based in New York, he is one of the most instantly recognizable members of the CNN team.

Richard Quest Means Business, which airs weekdays at 1600ET/2200CET on CNN International, destroys the myth that business is boring, bridging the gap between hard economics and entertaining television. CEOs and global finance ministers make a point of appearing on QMB. Guests of the show have included world leaders such as David Cameron and Petr Necas of the Czech Republic; the biggest names in banking such as Jamie Dimon of JP Morgan Chase and Robert Zoellick, the former President of the World Bank; European policy makers including IMF boss Christine Lagarde, EC President Jose Manuel Barroso, and former IMF chief Dominique Strauss-Kahn; and some of the most influential names in corporate America including DreamWorks CEO Jeffrey Katzenberg and Ford CEO Alan Mulally.

Quest’s dynamic and distinctive style has made him a unique figure in the field of business broadcasting. He has regularly reported from G20 meetings and attends the World Economic Forum in Davos, Switzerland each year. Quest has covered every major stock market and financial crisis since Black Monday in 1987 and has reported from key financial centers globally including Wall Street, London, Sao Paolo, Tokyo and Hong Kong.

In addition, Quest is the established airline and aviation correspondent at CNN. He currently presents the monthly CNN Business Traveller show, the definitive authority on making the most of doing business on the road – moving from A to B on company time. As a business travel specialist, Quest has become a voice of authority on subjects like the launch of the Airbus A380.

In 2012 Quest covered the US Election campaign with his own series, American Quest, in which he travelled across the country interviewing a diverse range of voters.

Quest is also the face of CNN’s coverage of major UK events. In 2012 he guided an international audience through the Queen’s Diamond Jubilee celebrations live from the banks of the River Thames and used his expert knowledge of the British Royal Family to front the channel’s coverage of the 2011 marriage of Prince William and Kate Middleton, now the Duke and Duchess of Cambridge.

His coverage of breaking news, which has spanned two decades, has seen him report on a range of stories from, the death of Yasser Arafat, the Lockerbie Pan Am 103 crash to the death of Michael Jackson. Quest is more than just business; there are few journalists who have had guests as varied, from His Holiness, The Dalai Lama to actress Joan Collins to founder of Playboy Magazine, Hugh Hefner.

Prior to joining CNN he worked at the BBC, where he was the North America business correspondent, based on Wall Street for 12 years.

Quest is British, holds an LLB (Hons) degree in Law from Leeds University, and was called to the Bar.