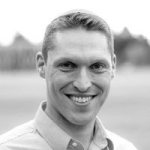 Rabbi Yanklowitz has twice been named one of America’s Top Rabbis by Newsweek and has been named by The Forward as one of the 50 most influential Jews and one of The Most Inspiring Rabbis in America. Rabbi Yanklowitz is the author of twenty books on Jewish ethics.  His writings have appeared in outlets as diverse as the New York Times, the Wall Street Journal, the Washington Post, the Guardian, and the Atlantic among many other secular and religious publications. He has served as a speaker at the World Economic Forum in Davos, Switzerland and was a Rothschild Fellow in Cambridge, UK.

He is the President & Dean of Valley Beit Midrash, a global Jewish learning and action center. He is also the President of Shamayim V’Aretz a Jewish Animal Advocacy nonprofit organization that offers programs, campaigns, and educational opportunities to teach the Jewish community about animal advocacy and veganism.

He, his wife Shoshana, and their four children live in Scottsdale, Arizona. They are also foster parents.

To mark our show’s 10th anniversary, we’re featuring a special series – a “one way ticket to optimal mental, physical and spiritual well-being”. Rabbi Yanklowitz joins us on this episode to talk about faith, spirituality, empathy, veganism, organ donations, and responding to the war in Ukraine.