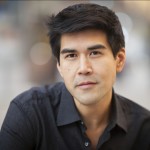 As an Actor, Pun Bandhu has appeared on Broadway, off Broadway and at regional theaters across the U.S. He has originated roles in world and regional premieres by playwrights including: Theresa Rebeck, AR Gurney, John Pielmeier and David Henry Hwang.

In 2010, Pun received the Colorado Theatre Guild’s Henry Award for Best Supporting Actor in a play. He has played guest star and co-starring roles on TV shows including Body of Proof, Without a Trace, White Collar, Nurse Jackie, and all Law and Orders (including Conviction).

On the big screen, Pun can be seen in Michael Clayton, Burn After Reading and the upcoming Two Days in New York starring Chris Rock (August 2012).