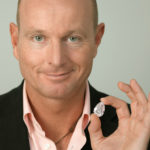 Born in Boulogne-Billancourt, France, Prince Dimitri of Yugoslavia is the Founder, President and Creative Director of the jewelry firm bearing his name. He was raised in Versailles, and attended boarding schools in France and Switzerland, before graduating from the University of Paris with a degree in Business Law. He then moved to New York City in 1983.

Originally pursuing a career on Wall Street, he decided to move into the field of jewelry. He was offered a position in Sotheby’s jewelry department, eventually rising to Senior Vice President. During his 15 years there, he also became an appraiser and studied gemology.

In 1999, Prince Dimitri began designing jewelry, with a collection of gemstone cufflinks that was sold at Bergdorf Goodman and Saks Fifth Avenue. He also designed a line of women’s jewelry for Barneys New York and Neiman Marcus. In 2002, he moved to the Phillips de Pury & Luxembourg auction house to head their jewelry department. He founded his jewelry company in 2007.

Prince Dimitri was our guest on episode 102. Click here for that interview and for his full biography.

In his exquisite book, Once Upon a Diamond: A Family Tradition of Royal Jewels (Rizzoli), Prince Dimitri recounts the history of his royal lineage through the language of the extraordinary jewelry designed for and collected by his family which encompasses royalty from Italy, Greece, Belgium, Russia, and Yugoslavia.

Brimming with 150 illustrations and photographs – both archival and contemporary – Once Upon a Diamond is pure catnip for anyone whose interest encompasses the history of high jewelry as well as the fascinating lineage of European royalty.

On this episode, Prince Dimitri revisits his one way ticket to heaven. He also shares fascinating stories about the incomparable jewels and their wearers as detailed in Once Upon a Diamond.

Once Upon a Diamond: A Family Tradition of Royal Jewels