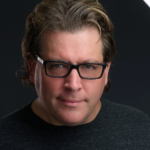 The New York Times has called Peter Shankman “a public relations all-star who knows everything about new media and then some”, while Investor’s Business Daily has labeled him “crazy, but effective”.

Peter Shankman is a spectacular example of what happens when you merge the power of pure creativity with Attention Deficit Hyperactivity Disorder (ADHD), and a dose of adventure, and make it work to your advantage. A bestselling author, entrepreneur, speaker, and worldwide connector, Peter is recognized worldwide for radically new ways of thinking about Customer Service, Entrepreneurship, Social Media, PR, marketing and advertising.

Peter Shankman is best known for founding Help A Reporter Out, (HARO) which in under a year became the de-facto standard for thousands of journalists looking for sources on deadline, offering them more than 200,000 sources around the world looking to be quoted in the media. HARO is currently the largest free source repository in the world, sending out over 1,500 queries from worldwide media each week. HARO’s tagline, “Everyone is an Expert at Something”, proves over and over again to be true, as thousands of new members join at helpareporter.com each week. In June of 2010, less than two years after Peter started HARO in his apartment, it was acquired by Cision, Inc.

Peter Shankman is the founder of ShankMinds: Breakthrough, a private online entrepreneurial community, with members in more-than ten countries. Peter also hosts the award-winning podcast on ADD and ADHD, Faster Than Normal, which is helping to turn the conversation around ADHD from curse to gift, by interviewing successful people who have made ADHD their secret superpower.  Peter’s Customer Service and Social Media clients have included American Express, Sprint, The US Department of Defense, Royal Bank of Canada, Snapple Beverage Group, Saudi Aramco, Foley Hoag, LLP, NASA, Haworth, Walt Disney World, Abercrombie and Kent, The Ad Council, Discovery Networks, New Frontier Media, Napster, Juno, Dream Catcher Destinations Club, Harrah’s Hotels, and many, many others.

Peter Shankman is the author of four books: Zombie Loyalists: Using Great Service to Create Rabid Fans (Palgrave/Macmillan, 2015); Nice Companies Finish First: Why Cutthroat Management is Over, and Collaboration Is In (Palgrave/Macmillan, 2013,); Customer Service: New Rules for a Social Media World (Que Biz-Tech 2010,); and Can We Do That?! Outrageous PR Stunts That Work–And Why Your Company Needs Them (Wiley and Sons, 2006,).

Peter is an angel investor in early stage startup companies, sits on multiple advisory boards, and is honored to sit on the NASA Civilian Advisory Council, appointed to his position by NASA Administrator Charles Bolden.

A proud Boston University graduate, Peter Shankman started his career at America Online as a Senior News Editor, helping found the AOL Newsroom and spearheading coverage of the Democratic and Republican 1996 conventions, which marked the first time an online news service covered any major political event.

Born and raised in New York City, Peter Shankman still resides there with his beautiful wife and daughter, and two cats. In the few hours of spare time Peter has per month he’s completed 13 marathons, seven Olympic distance triathlons, two half-Ironman triathlons, and one full Ironman Triathlon. He’s also a “B” licensed skydiver with over 400 jumps. In 2011, Peter authored a tweet that was voted as one of the Top Ten Tweets of the year by Twitter, out of more than 160,000,000,000 tweets sent.

“[In Asia] there’s an underlying desire to truly serve, and to truly offer a level of service that isn’t seen anywhere else.  And of course the beauty of that in Asia or anywhere in the world, it’s incredibly easy because in America we’re so used to really, really bad service.  So, it’s actually very simple to do – just be a little bit better than what we expect, which is pretty bad.”

A quote Peter used to say all the time: “If you want to achieve world domination, you need to stay mobile.”

“‘Nice’ CEOs and managers are the best leaders; run better companies, attract innovative and more loyal employees, get into legal and regulatory trouble far less frequently (if ever), have better relationships, get more done, and are even healthier than the bad guys.”  — From Peter’s Nice Companies Finish First

Peter reminds us Al Capone said: “Never confuse kindness with weakness.  I’m one of the kindest men you meet, but if you cross me, weakness is the last thing you’ll ever think about me.”

“If you’ve had any modicum of success, you sort of have a responsibility to send the elevator back down.”

“Two things happen when you’re nice.  Number one is that people remember you…Number two is that being kind tends to throw people off their game a little bit. So if you ever want that upper hand without actually being a bad guy, just be nice.  People are always confused about what you’re doing.”

“There have been studies that several airline crashes, specifically in Asia have occurred because the lead Captain, the lead Pilot was wrong and the Co-Pilot did not want to correct him.  And so they did what he did, and they didn’t say anything and the plane crashed and hundreds of people died.”

The Athena Doctrine:  How Women (and the Men who Think Like Them) Will Rule the Future by John Gerzema

“Today’s standards of service stink.  We’ve gotten used to a lot of bad service practices, and the worst part is that our typical expectation for a customer service transaction starts at poor and, if we’re lucky, ends at fair.”  – From Peter’s Zombie Loyalists

“We lost the concept of niceness, but we gained speed.  Problem is though that sometimes we do need both.”

“I don’t need companies to go out of their way to be awesome, I just need them to be a little bit better than again what we expect, which isn’t really much.”

“The concept of Zombie Loyalists just means that Zombies when they get infected they have one goal in life, that’s to feed and make more Zombies.  Zombie Loyalists are the same way.  They’ve been so enamored by a company, they’ve been infected by the company, that all they want to do is drag their friends there, tell the world about it.”

Brandon Steiner, CEO of Steiner Sports: “Treat your customer as you would treat your mother”.

“[Brandon Steiner] also has ADHD. His whole believe is that –people with ADHD or some sort of disability, motor disability, learning disability, go out of their way to be nicer because they know what it’s like to be treated like crap.”

“[ADHD] it’s not a disability.  I believe if you manage it right, it’s actually an advantage.  Everyone wants to have a fast sports car.  We have fast brains.  We just have to learn how to use them.”

Nice Companies Finish First: Why Cutthroat Management is Over, and Collaboration Is In

Can We Do That?! Outrageous PR Stunts That Work–And Why Your Company Needs Them