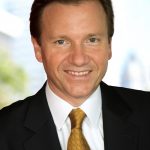 Michael T. Marquardt is an experienced CEO, corporate director, and business advisor with broad experience serving companies throughout Asia, Europe and the United States. The National Association of Corporate Directors (NACD) has awarded him its highest credential of Board Leadership Fellow® for eight years in a row and has invited him as a speaker and author on emerging corporate governance, multicultural management, and global compliance issues at many of its conferences.

From 2007 to 2016, Michael served as non-executive chairman of the board of healthcare services and logistics company AA International, the parent company of Asia Assistance, based in Kuala Lumpur, with operations in eight other countries throughout the Asia-Pacific region. After the sale of five of the operating entities to French insurance giant AXA in 2016, Michael was appointed as chairman of the board of the remaining independent companies, including AA International Indonesia, a healthcare and insurance services provider based in Jakarta.

In 2016 Michael was elected chairman of the supervisory board of the Paris-based International Assistance Group S.A.S. (IAG). IAG is a global consortium of 150+ independent companies with a combined staff of more than 7,500 that provide medical and security services on five continents. The IAG board has nine members from nine different countries. After his two-year term concluded in October of 2018, Michael was asked to continue to serve on the board’s executive committee. He stepped down in October of 2019 after 10 years of service on IAG’s supervisory board.

Since January of 2011, Michael has served as one of four independent directors on the board of Commonwealth Trust Company, Delaware’s largest non-deposit trust company with more than $15 billion in assets under administration.

In addition to his board service, over the past eleven years as CEO of Global Kompass Strategies, Michael has served as an advisor to corporations and government clients in the United States, Europe, and Asia. He works closely with CEOs and senior leadership teams on business development, cybersecurity oversight and strategic planning. He also advises boards of directors and audit committees on effective risk management measures, corporate governance, global expansion efforts, and emerging digital technology issues.

Michael gained extensive expertise in the areas of risk management, corporate governance, and the Foreign Corrupt Practices Act when former FBI Director Louis Freeh asked him to serve as President of his global risk management firm, Freeh Group International Solutions, in early 2008. Applying his entrepreneurial and international business experience, Michael was integral in developing the firm’s early business relationships and engagements with several Fortune 500© and Global 500© corporations. He also assisted with the group’s strategy and business development efforts in Europe.

Michael grew up in Berlin and emigrated to the United States soon after witnessing the fall of the Berlin Wall in 1989. He had the opportunity to lead a fast-growing technology company before being recruited to lead a new start-up venture in late 1999. Michael served for seven years as co-founder and chief executive of the health services company MediGuide and led its business development initiatives in the United States, Europe and the Asia-Pacific region.

Following his personal passions, Michael currently serves as Chair of the Board of the American Cancer Society and, in 2020 and 2021 co-chaired the national search that led to the first woman becoming CEO of this 107-year-old organization. From 2005 to 2014 he served on the board of the Delaware Theatre Company, including four years as chairman.

To mark our show’s 10th anniversary in March 2022, on this episode, Michael shares 10 things we should know about cancer. They are:

1) Cells throughout our body are damaged in ways that can lead to cancer each and every day.

2) When people ask “when are we going to have a cure for cancer?” this fails to acknowledge that there are hundreds of different cancers. We have cures for more of them than people realize and treatments that make others into chronic vs. terminal illnesses.

3) Some people say that “sitting is the new smoking.”

5) One of the best kept secrets about the American Cancer Society is that it provides critical funding — early in their careers — to 49 researchers who later went on to win the Nobel Prize!

7) Immunotherapy is the hot field these days. It’s where the Nobel Prizes go and it’s the area that has been revolutionizing treatment approaches in recent years. At its core, it’s a way of reinforcing — or arming — your immune system in ways that enable it to fight the cancer on its own.

8) Second opinions end up changing the treatment plan for patients in the majority (!) of complex cases. And diagnoses also are often wrong, or at least not 100% correct. So, the important note is to get a second opinion!

9) Most hospitals or medical centers are only truly expert at a few types of cancer. This is somewhat staggering when you think about it. Even top, world class places are truly subpar at treating certain cancers. This is just a fact of fast moving research and funding cycles, and personnel and infrastructure, etc. If you have the choice (and resources!) to go to the best place for a certain cancer, it will have an impact, even if you are just getting a second opinion from there (which may very well change the course of treatment). For example, while Memorial Sloan-Kettering and Johns Hopkins are very good at treating prostate cancer, even a physician who works there would send their own mother to Pittsburgh to be treated for liver cancer at UPMC.

10) Health Equity Matters. This really should be number 1. It is incredible — and so unjust — that WHERE you live often determines IF you live. Survival rates are vastly lower in certain poor parts of the country and the color of your skin has a major impact as well. Black women are 41% more likely to die from breast cancer than white women, DESPITE being at a lower risk of being diagnosed with it!!!! There is a lot more to this. Click the link to learn more about this issue which is truly troubling: https://ascopost.com/news/february-2022/american-cancer-society-publishes-cancer-statistics-for-african-americanblack-people-2022/