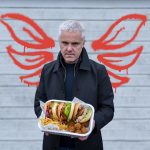 Veganuary – Alongside his wife Jane Land, they came up with the idea and launched in January 2014. The campaign has grown from 3,300 in the first year to nearly 600,000 people signing up to the website in January 2021. Both Matthew and Jane now serve as trustees on the Board, and provide advice to the growing team of vegan change-makers.

Veg Capital – Providing early-stage capital to companies striving to replace the use of animals in the food system. Veg Capital is a specialist private venture fund that primarily provides early-stage Angel, Seed, and Series A funding, with investments typically ranging from £100,000 to £250,000. It invests primarily in companies developing meat, dairy, eggs and seafood replacements with plant-based ingredients. Feel free to send Veg Capital a pitch deck at: https://app.zapflow.com/webentry/vegcapital

VFC® – Building a Vegan Fried Chick*n brand, as chickens are the most abused land animals on the planet. Activism lies at the heart of VFC’s mission which has set its sights on becoming a global food company.

On this episode, Matthew shares his one way ticket to a vegan world. He also talks “speciesism”, the origins and mission of Veganuary, his outrageously delicious VFC®, and more.