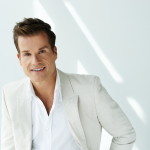 Three-time World Dance Champion and Emmy-nominated choreographer Louis Van Amstel is best known for his nine stunning turns on the smash hit TV show “Dancing with the Stars.” When not tearing up the dance floor on TV, Louis continues to grow his highly popular dance fitness program, ” LaBlast®”, which is spreading rapidly and currently available in multiple cities worldwide.

Louis has an extensive background as a professional choreographer, coach and trainer. He served as a choreographer on FOX’s dance hit show “So You Think You Can Dance,” marking the first time any “DWTS” talent had crossed over to work on both shows at the same time. He has also choreographed for Fox’s “Lie to Me” and he trained the contestants on ABC’s reality show, “The Bachelor Pad.” Additionally, Louis served as choreographer, creative director, and performer for the immensely popular “Dancing with the Stars” live stage show in 2006 and 2007, bringing his unique teaching and edgy style to millions of dancing fans around the U.S. Louis’ artistic and inspired choreography brought ballroom to the people and his creative vision helped to make the “Dancing with the Stars” tour one of the most successful live shows.

Louis established himself as an expert on achieving fitness through dance after helping to transform the bodies of past “Dancing with the Stars” celebrity partners Kelly Osbourne, Niecy Nash, and Margaret Cho. As a longtime passionate advocate of healthy living, Louis created LaBlast® to promote fitness and make working out fun – all through the power of dance! “I run this class for the people who think they can’t dance or have two left feet, and offer five levels catering to everyone from the absolute beginner to the already experienced dancer!” Louis created LaBlast® to combine the worlds of dance and fitness – providing a one of a kind workout that motivates and empowers students of every fitness level to keep dancing and have a Blast!!