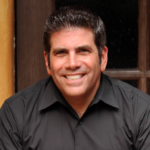 Lou Mongello was among the first to experience Walt Disney World in November, 1971. Today, he makes a career as a Disney author, host, publisher, historian, speaker and trusted Disney expert and creates unique content via a variety of multimedia outlets.  A former attorney and owner of an IT consulting firm in New Jersey, Lou left the practice of law to move with his family to Florida, pursue his passion, and follow a dream of sharing his love for Disney with others.

In 2015, Lou’s WDW Radio show was ranked the #2 overall podcast in iTunes!

Lou has expanded his offerings to include a continuing series of Audio Guides to Walt Disney World, as well as videos, events, and live broadcasts for WDWRadio.com. In 2014, he wrote and published his “102 Ways to Save Money For and At Walt Disney World” book in print and digital formats. He founded the Dream Team Project to help grant the wishes of children with serious illnesses to visit Walt Disney World through the Make-A-Wish Foundation of America, and has raised more than $250,000.00 to date.

A social media pioneer and influencer, Lou connects with his loyal audiences (he prefers “friends”) via a variety of online social networks, and also hosts monthly meet-ups in Walt Disney World and around the country. As one of the leading authorities on Disney, podcasting and new media, Lou is frequently interviewed by the media for expert perspective and analysis. He has been featured in USA Today, The Wall Street Journal, Boston.com, VentureBeat, Bloomberg Business, WPIX 11 TV New York, CBS 46 News Atlanta, AOL.com, Parenting Magazine, Readers’ Digest, Fodors, Robert Scoble and numerous others.

In 50 years, Lou says “Technology will be something we can’t even fathom.”
“There’s still monster potential for this [podcasting] medium.”
“I still don’t think podcasting is anywhere near what it’s going to be — and it might be called something different.”
“On demand, syndicated content, is definitely the future of audio.”
Will podcasting be around in 50 years?  Lou says “Not probably in the current iteration of it.  But I still think that we will be very much consuming what we want when we want to from the people we want, in the format that we want to consume it in.”
What will Disney Theme Parks be like in 2066?  Lou says “The bones will obviously still be there…But, the way we navigate the park, the types of experiences we have will be much more interactive.”
On Shanghai Disney, Lou says “Everything I’ve heard has been nothing short of spectacular.”
In “Disney Speak”, when an attraction’s down, the code used is “101”.  When the attraction’s back up, the code used is “102”.
On visiting a Disney Theme Park, Lou says “Knowing when to go is the biggest money saving tip that I could give you…But, if you have some flexibility in when you go, you can not save hundreds, but literally thousands of dollars on your resort and your tickets.”
What’s summer like at Walt Disney World?  Lou says “During the summer, it’s the most expensive time of year.  It’s the most crowded time of year…Summer-time in Orlando is just steps away from being on the surface of the sun!  So, it’s a really tough combination so you have to obviously set your expectation levels if you can only come in the summer.”
When’s a good time to visit Walt Disney World?  Lou says “If you can come that week or two after Thanksgiving but before Christmas, that’s still a magic time to come.  It’s much cooler.  It’s value season, so the resort rates are at lowest of the year.  Also too, it’s decorated for the holidays so you almost get an additional enhanced experience in addition to just the regular Walt Disney World.”
What’s Lou’s favorite Walt Disney experience?  “I love the classics, so for me, Magic Kingdom Park is still my favorite park.  The Haunted Mansion hasn’t changed very much in 40-plus years and it still holds up to this day.”