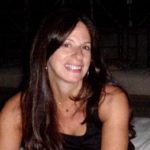 A New York City native with almost 20 years of experience in the publishing industry working on recognized titles such as Elle, Elle Decor, and JFK Jr’s magazine, George, Lisa Loverro suddenly found herself a victim of the recession in 2008 when she lost her job as Managing Editor for Latina Magazine.

During this time of uncertainty, Lisa decided to reinvent herself and pursue her passion to become a freelance travel journalist. Selling all her belongings and ending her lease on the apartment she had lived in for 17 years, Lisa set out to explore the world and, literally, ride out the recession on an airplane. With her clothes in a Manhattan storage unit and a P.O. box for her mail, Lisa managed to use her contacts and street smarts to maneuver herself from one destination to another. Securing writing assignments for various publications and websites including Forbes and Jetsetter.com, her thirst for adventure led her around the globe from tracking leopards in Africa to 4-wheel driving through the Arabian Desert.

Four years later, with the recession in her rear-view mirror, Lisa has once again returned to the publishing industry and, in 2012, became Managing Editor for Shape Magazine. Her story is one of hope and perseverance during times of difficulty.