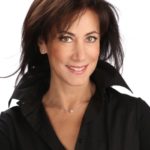 Lauren F. Streicher, M.D. is an Associate Clinical Professor of Obstetrics and Gynecology at Northwestern University’s Feinberg School of Medicine and the Medical Director of the Northwestern Medicine Center for Sexual Medicine and Menopause. Dr. Streicher is a Fellow in the American College of Obstetricians and Gynecologists, a Diplomat of the American Board of Obstetrics and Gynecology, a member of the Sexual Medicine Society of North America, Inc., The International Society for the Study of Women’s Sexual Health, The Scientific Network on Female Sexual Health and Cancer, The Association for Gynecologic Laparoscopy, and is a Certified Menopause Practitioner of The North American Menopause Society.

Dr. Streicher appears frequently in the media and is a recurrent guest on shows including: The Steve Harvey Show, The Doctor Oz Show, The Today Show, Good Morning America, and WGN News. Her consumer articles can be found on drstreicher.com and everydayhealth.com. She serves on the Editorial Advisory Board for Prevention Magazine.  In 2015 she released a comprehensive sexual health book:  Sex Rx: Hormones, Health and Your Best Sex Ever. Dr. Streicher has also published, The Essential Guide to Hysterectomy, (2004 and 2013).

Women’s Healthcare in the Netherlands