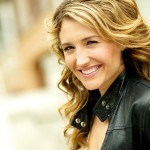 Kristine Reese has performed in theatre houses, symphony halls, and cabaret venues all across North America.

She is best known for playing Nessarose in the hit Broadway musical, Wicked. Kristine Reese joined the First National Tour of the musical in 2008 and assumed the role of Nessarose in November of that year in her childhood hometown of Minneapolis, MN. She then went on to originate the role on the Second National Tour, which opened in March 2009 and performed it over 1,000 times.

Kristine also toured with Mamma Mia!, understudying the role of Sophie, and made her Broadway debut in the recent revival of Les Miserables at the Broadhurst Theatre. Other favorite regional credits include: The Mystery of Edwin Drood (Rosa Bud), Brigadoon (Fiona), Grease! at the St. Louis MUNY (Frenchie) and Footloose (Ariel).

A BFA graduate in Musical Theatre from the Cincinnati College-Conservatory of Music, Kristine has performed in concert with over a dozen Symphonic and Pops Orchestras, including the Cincinnati Pops, the Indianapolis, Baltimore, Detroit, Toronto, Modesto, Vancouver, Naples and Cleveland Symphony Orchestras, and the National Symphony Orchestra in Ottawa, ON. She continues to work and create new concerts with Maestro Jack Everly of the Indianapolis Symphony and Maestro Steve Reineke of the New York Pops.

Away from the stage, Kristine also works as a sports writer and radio host. Her work, which ranges from football analysis to pop culture commentary, has been published in various online magazines, blogs and websites, including NJ.com.

Kristine and her husband, fellow actor and CCM alum Billy Harrigan Tighe, were engaged onstage with the Vancouver Symphony in November 2009. They were married in October 2010 and currently reside in New York City with their Boston Terrier, Buster.