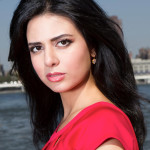 CEO of Invest Diva and author of “Invest Diva’s Guide to Making Money in Forex” published by McGraw-Hill in August 2013, Kiana Danial is a multilingual forex analyst, award-winning speaker, TV personality and entrepreneur based in New York. She holds two degrees in Electrical Engineering from universities in Japan.

Born and raised in Iran to a Jewish family as a religious minority, she was awarded a scholarship from the Japanese government to study EE in Japan, where she became a minority once again; the only girl and the only foreigner in her class. That is when she knew she wanted to dedicate her life to empowering minorities, specifically women, in male dominated industries. Kiana Danial made her first foray into the media as a television commentator on popular Japanese shows including TBS’s Karakuri, Fuji TV’s ii-tomo, and NHK’s Generation Y.