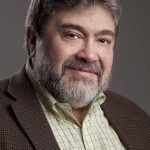 Jonathan Medved is a serial entrepreneur and according to the Washington Post (2007) “one of Israel’s leading high-tech venture capitalists”. In the 2008 NY Times Supplement “Israel at 60” Medved was named one of the top 10 most influential Americans who have impacted Israel.

Medved is the founder and CEO of OurCrowd, the leading global equity crowdfunding platform for accredited investors and angels. OurCrowd has $1.4B in commitments and has made investments in 200 companies and funds and 30 exits since its launch in February 2013. OurCrowd exits include: Jump Bikes sold to Uber, Briefcam sold to Canon, Argus sold to Continental, Crosswise sold to Oracle, and Replay sold to Intel. Bloomberg Business Week said in the May 7, 2015 edition that “OurCrowd is hands down the most successful equity-crowdfunding platform in the world right now”. TheStreet.com described OurCrowd as “Crowdfunding for Real Investors”.