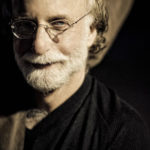 On “Stage Door Johnny”, John Miller uses jazzy arrangements, humor, even country music inflections to spice up the mix and create what he wryly calls “Quaalude Funk.” The album seeks to remind Broadway fans just how versatile the genre is, and how well the songs stand up to new arrangements. Even those who feel predisposed to not like theater music might find themselves humming along to the tunes.