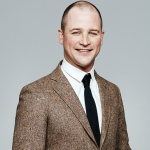 Jesse Ashlock, editor, journalist, storyteller, and brand strategist with over 20 years of experience has created lifestyle and culture content in the media industry. Jesse attended Wesleyan University in Middletown, Connecticut where he majored in English and completed a considerable amount of coursework in anthropology. He grew up in Northern California and currently resides in Brooklyn, New York with his wife and two children. He is the Deputy Global Editorial Director of Condé Nast Traveler.

Before joining CNT, Jesse spent five years guiding daily editorial operations at Travel + Leisure as the magazine’s Executive Editor. He has also served as the Online Director for T: The New York Times Style Magazine and the Deputy Editor of Condé Nast’s Details, and has held senior positions at Visionaire, the Tribeca Film Festival, and Palm Pictures. He is an Adjunct Instructor In the Center for Publishing at NYU’s School for Professional Studies.

Prior to his current role, Jesse was the U.S. Editor of Condé Nast Traveler, where he oversaw the American edition of the global travel magazine.

Jesse has interviewed and edited pieces on many profound people including Kevin Bacon, Jason Bateman, Mary J. Blige, David Lynch, and Pharrell Williams, to name a few. During Covid-19, Jesse launched his own at-home interview series, ‘Traveler to Traveler’ exploring the future of travel and where travelers may go next.

Jesse has many places he loves to travel to but he loves bringing his kids to The Redwoods in Northern California so they can see where he grew up. It is important for him to show his kids the place that contributed to his upbringing. He loves traveling to Bridgehampton, New York where there are plenty of farm buildings mixed with a hippie vibe in the middle of mansions. Internationally, Jesse’s go to travel places are Mexico, the Greek Islands especially Crete, and Africa.

On this episode, Jesse shares his one way ticket to the magical lands north of San Francisco – particularly the Northern California counties of Marin, Sonoma, Mendocino – The Redwoods, the coastline and the bucolic little towns that dot the area. He also shares travel trends for 2022, the future of the cruise industry, and the meaning behind Condé Nast Traveler’s “The World Made Local” tagline and philosophy. Plus, Jesse takes us into the pages of Condé Nast Traveler’s 2022 Gold List which he describes as “the places our editors carry in their hearts”. The edition hits newsstands the same day this episode releases on Tuesday December 21, 2021. It’s of course also available on-line, so check it out and be inspired.