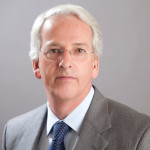 Prior to joining the Council in July 2013, Ivo H. Daalder served as the Ambassador to the North Atlantic Treaty Organization for more than four years.  For his service he was awarded the Secretary of Defense Medal for Outstanding Public Service by Secretary Chuck Hagel.  Daalder also served on the National Security Council staff as Director for European Affairs from 1995-97.