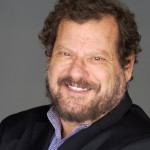 Howard Rosenman has established himself as one of the most prolific producers in film and television, best known for the hilarious remake of FATHER OF THE BRIDE starring Steve Martin and Diane Keaton, the cult phenomenon BUFFY THE VAMPIRE SLAYER and THE FAMILY MAN starring Nicolas Cage.

Howard Rosenman’s films have won 2 Peabody Awards, an Academy Award and top honors at the Sundance, Berlin and Cannes Film Festivals. His work ranges from the above-mentioned films plus THE MAIN EVENT with Barbra Streisand, STRANGER AMONG US with Melanie Griffith, and YOU KILL ME with Sir Ben Kingsley, to the acclaimed documentaries, CELLULOID CLOSET (nominated for an Oscar and a Peabody) and COMMON THREADS: TALES FROM THE QUILT (which won an Oscar and his second Peabody) as well as PARAGRAPH 175, about Gays in the Holocaust, to the TV series JOHN FROM CINCINNATI for HBO. He also produced GROSS ANATOMY, STRAIGHT TALK with Dolly Parton, SHINING THROUGH, TRUE IDENTITY, Hugh Hudson’s LOST ANGELS starring Adam Horowitz of the Beastie Boys, RESURRECTION with Ellen Burstyn, NOEL with the late Robin Williams and Paul Walker, Penelope Cruz and Susan Sarandon. He produced MY FIRST MISTER and Harvey Fierstein’s TIDY ENDINGS, which won several EMMYS. Rosenman remade his very first movie, “Sparkle” starring Whitney Houston and Jordin Sparks.

Another Rosenman-made documentary, BRAVE MISS WORLD about his great friend Linor Abarg’il who was crowned Miss World, was directed by Cecilia Peck, sold to Netflix and nominated for an Emmy.

Howard Rosenman made his acting debut in Gus Van Sant’s MILK playing David Goodstein (founder of “The Advocate”) opposite the Oscar-winning Sean Penn as “Harvey Milk.” He has since acted in six more movies and is a proud member of SAG-AFTRA.

His current film projects in development include: BETSY and THE EMPEROR starring Al Pacino as Napoleon, AMERICAN NEUROTIC at Sony Pictures, CALL ME BY YOUR NAME to be presented by James Ivory of legendary “Merchant–Ivory” fame and directed by Mr. Ivory and Luca Guadagnino. Peter Soears is his partner.

Additionally, Rosenman is currently preparing MATTER OF SIZE, a remake of Israel’s most successful comedy, released in 2009, at Paramount Pictures with Jon Turtletaub directing. He is also preparing a movie called SHEPHERD: A Tale of a Dog in World War II, based on the best-selling Israeli novel with Lynn Roth writing and directing. He just sold a Mini-Series to David Ellison’s Skydance TV, six hours of television based on Michael Oren’s book THE SIX DAY WAR with Rob Eshman writing. Rosenman is also putting together a film based on the life of ANITA BRYANT written by Chad Hodge, to be directed by Rob Epstein and Jeffrey Friedman, starring Uma Thurman and Zach Quinto. Darren Star and Jeffrey Schwarz are his partners.

He just returned from Israel where he set up his cousin, Ora Ahimeir’s best-selling book, BRIDE (a Sapir nominated book, about their great-grandparents, set in Mandatory Safed and Hungary in the Nineteen Forties) at Herzeliya Studios. It will be his first movie in Hebrew and will be filmed in Israel.

In addition Rosenman is preparing a Broadway Musical based on a dream he had in 1985 after having seen PHANTOM OF THE OPERA and LES MISERABLES in one day in London, ANNE RICE’S “VOCE.” It is being written by Craig Lucas with music by Lance Horne and Lisbeth Scott. His producing partners are Belinda Casas-Wells, Chuck Martinez and Allan Levey.

In January 2009, Rosenman became a Contributing Editor of the Los Angeles Times Magazine. His articles about his longtime friendships with Leonard Bernstein, Elizabeth Taylor and Diane von Furstenberg can be found on http://www.latimes.com/features/.

As an educator, Rosenman has lectured at USC’s Stark Producing Program, UCLA, Yale, Columbia, NYU, Brandeis and AFI. Rosenman tours the world with his seminar “HOWARD ROSENMAN’S THE HOLLYWOOD SELL,” an inside look at producing for the screen in which he shares his insights and adventures with writers, actors, directors, producers, and anyone who loves film and TV. The seminar has been presented in Memphis, Omaha, Philadelphia, Boston, New York and Los Angeles with upcoming engagements in Seattle, Austin, San Francisco, South Africa and Israel. He is currently at work on his first book also entitled THE HOLLYWOOD SELL, which will be both a memoir and a how-to-produce guide for aspiring filmmakers.

Rosenman is Co-Founder of Project Angel Food in LA, which provides meals-on-wheels for patients with terminal illnesses and is now one of the largest charities in Southern California. In 2009 Beth Chayim Chadashim awarded him with the Herman Humanitarian Award. He was honored by film organization Power Up as “one of 2010’s ten amazing men in show business.” In 2013 he received the Inspiration Award from ORT America.

He currently serves on the advisory board overseeing the construction of the new film school at his alma mater Brooklyn College, and just offered a faculty job there as a Distinguished Professor.