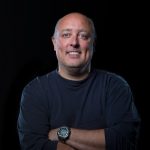 Gary Arndt is an award-winning blogger and travel photographer who has been traveling around the world since 2007.

His travels have taken him to over 130 countries, over 400 UNESCO World Heritage sites, and all 50 US states…twice!

Gary writes and produces a daily podcast, Everything Everywhere Daily, which features stories about people, places, and things from around the world.

Since 2009 he has been the co-host of This Week in Travel, an award-winning weekly podcast that covers travel industry news.

He is also an associate producer and senior travel correspondent for On Travel, on the American Forces Radio Network.

An accomplished public speaker, Gary has spoken on topics related to travel and new media on six continents.

On this episode of The One Way Ticket Show, Gary shares his one way ticket to Ancient Rome. He also talks about the fun of learning Latin, offers photography tips, and highlights some less traveled to destinations that should be on everyone’s list of places to visit.

This Week in Travel Podcast