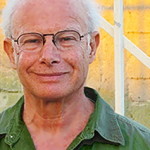 Professor Foster Hirsch is now at work on a history of Hollywood in the 1950s. He is a frequent host/moderator/interviewer at numerous venues, including the National Arts Club, the American Cinematheque, the Film Forum, the Loews Jersey, and the Harvard Club.