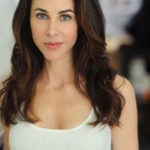 After 10 years marketing for Major League Baseball and the NHL, Felicia Greenfield switched careers to work as an actor, producer, and philanthropist.

As an actor, she can currently be seen in House of Cards, Homeland, in an upcoming Spielberg film, and countless commercials.

As a philanthropist and mom, she is focused on child & animal-welfare issues, speaking up for those who don’t have a voice. She is currently co-producing, Good Girls Gone, a feature film based on a true story of child trafficking in the US – in the hopes that it will generate desperately needed awareness of the second-most-profitable criminal industry in the world.

Felicia is an active board member with the Foundation for Education in Honduras, and Pillows for Paws in NYC. She is a long-term volunteer with ECPAT-USA – the domestic branch of the global anti-trafficking NGO. She also developed and runs Grandpa Dave’s Creature Comforts with her two daughters to foster dogs, and to provide comfort items to the animals at the NYC ACC shelters. She also raises money for these items via the RescueMen USA initiative which she co-founded to promote the #AdoptDontShop message.

In her spare time, Felicia Greenfield trains as a martial artist, is a certified personal trainer, and plays the drums.

Felicia’s Delicious & Ridiculously Healthy Chocolate Mousse (you can have for breakfast):

Blend all ingredients in a Vitamix until smooth.

Note: Felicia says that she eats it with sliced bananas on top. Also, she says that if you want it sweeter, add more dates.

Felicia’s Favorite Tofu Scramble (also for breakfast but anytime of day, too!):

Squeeze water out of tofu, then crumble into small pieces by hand in medium bowl.

In a large frying pan, heat a small amount of oil, then cook pumpkin sees, chopped onion, and garlic for a couple of minutes.

Add tofu mix to pan and cook for about 10 minutes, mixing occasionally.

Add tomatoes and cilantro and cook another minute.

Note: Felicia says after it’s done it can be put in a leaf of Swiss red chard for wraps for an even healthier meal. She also likes to add lots of hot sauce before eating.