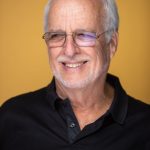 Eran Baniel is Co-Founder and Chairman of the Board of DouxMatok, the company that has developed a patented method of reducing the sugar content of natural cane sugar, rather than inventing sugar substitutes and among other attributes allows a reduction of 30%-50% in the amount of sugar needed to produce the same level of sweetness. Time Magazine named it one of the best inventions of 2020 and the company was featured in episode 1 of Season 3 of the series Explained on Netflix.

Eran brings to DouxMatok many years of management experience in a number of disciplines: He was the Co-Founder & CEO of HCL CleanTech, which raised over $50 million, from a number of US venture funds as well as US government grants, and was eventually sold to Stora Enso; CEO of LifeWave (which did an IPO in Israel); Co-Founder & CEO of Desk-Trainer; and Co-Founder & CEO of U.L.A., where he led major lighting projects, including lighting the walls of the old city of Jerusalem and Nazareth plus key financial districts in Israel.

Eran’s management positions were always characterized by intensive international collaborations both in the US and Europe. His activities led to considerable investments in a large number of public and private projects as well as in his entrepreneurial activities. Co-founding DouxMatok, bringing proprietary improved nutrition, such as sugar-based sugar-reduction, enabling tastier and healthier consumption of technologies for efficient delivery of flavors and sweet foods is for him the most exciting and ground-breaking mission he’s ever led.

On this episode, we explore Eran’s one way ticket to 1816 to the Théâtre des Funambules on Paris’ Boulevard du Crime to witness the creativity of Jean-Gaspard Deburau’s Pierrot character. Additionally, Eran highlights why artists are not regarded highly enough as a source of leadership. Plus, we switch gears and talk about sugar, the game-changing venture that is DouxMatok, and where the food technology industry is headed.