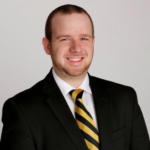 Shalom Klein serves as Director of Communications for The S4 Group, a full-service government affairs firm.  As Vice President, Shalom has grown, managed and developed Moshe Klein, & Associates and MKA Receivables.  Shalom oversees a staff of more than 10 associates and the operations of three offices, as well as handling client relationships and consulting opportunities.  He also oversees a college and career program at Fasman Yeshiva High School, Hanna Sachs Bais Yaakov and Lubavitch Girls High School.

As Founder of Jewish B2B Networking and Jewish Business News, Shalom Klein saw a need in the small business and Jewish communities and created the vision for what is now the premiere business and employment networking organization across the Midwest.  Shalom plans and runs events, oversees volunteers, meets with members / participants, and consults with other organizations in how to plan similar resources.  He was also engaged in December 2013 to become the Executive Director of the Jewish Community Council of West Rogers Park, leading marketing and economic development efforts in the Chicago community, which includes Devon Avenue.

Shalom received Keshet’s 2013 Community Service Award, the ATT’s Young Leadership Award, multiple proclamations from the Illinois General Assembly, Senate, City of Chicago and the Illinois Villages of Lincolnwood, Evanston, and Skokie.  He earned his Certificate in Jewish Leadership from Northwestern University and Master of Arts degree in Jewish Professional Studies with a concentration in non-profit management along with a Certificate in Jewish Arts Education from Spertus Institute.  Shalom is a bone marrow donor and received honorary initiation from the Alpha Epsilon Pi fraternity, and has been named “Jewish Community Hero” by Jewish Federations of North America and listed as one of the “36 under 36″ by the Jewish United Fund.  Shalom’s work has been discussed twice on the floor of the United States Congress.

“Relationships are key.  Every person you meet with is a door opener.”

“Social media are great tools – not replacements for real in person networking.”

“You should be the one nudging people and people shouldn’t be nudging you.”