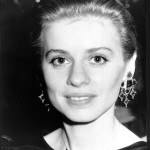 Elena Klionsky began playing piano at age five in her native St. Petersburg, Russia, and gave her first public performance at the age of six.

She moved to the US with her family in 1974 and settled in New York City where she attended the renowned High School for the Performing Arts, where she graduated with the B’nai B’rith Award for Outstanding Performance in Music, was named “Promising Young Artist” by the National Foundation for Advancement in the Arts and was even chosen to play the piano for a cameo role in the MGM movie “Fame”.

Elena continued her studies at The Juilliard School of Music, where she began at the Pre-College Division and subsequently earned her bachelor and master degrees and was the recipient of the prestigious Petschek Scholarship.
Elena’s performance credentials are impressive — she made her first appearance at Lincoln Center in New York as a high school student with the National Music Week Orchestra and performed her recital debut in New York to a sold-out audience in the Weill Recital Hall at Carnegie Hall. Elena made her professional orchestral Debut performing for fifteen thousand people on the same bill as Itzhak Perlman with the Chattanooga Symphony Orchestra.

Her solo recitals, orchestral appearances, and TV and radio performances have taken her across the world including her native Russia, where she performed with leading orchestras there including the Moscow State Symphony, the St. Petersburg Camerata and the Ural Philharmonic Orchestra. In fact, Elena was the first foreigner ever to open the annual “Moscow Stars” Festival in the Great Hall of the Moscow Conservatory.

Elena has played numerous concerts for various charities including Elizabeth Taylor’s “Concert for AIDS” in Helsinki, violinist Isaac Stern’s seventy-fifth birthday celebration for Ben Gurion University, and Moscow’s first Russian Orthodox Sunday School for Children. Because of her diverse background and firm grounding in the cultures of her two home countries, Ms. Klionsky was invited to serve on the Board of Directors of the American-Russian Young Artists Orchestra.

Elena Klionsky lives with her family in New York City.