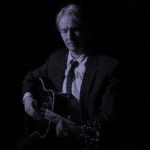 He’s been on the forefront of utilizing cutting edge technology for over 30 years. These past three years he’s immersed himself and brokered deals in AR (augmented reality) and VR (virtual reality). Dusty was the executive producer for campaigns for Magnolia Bakery using AR and Swarovsky using VR. He’s a founder and head of business development for disruptEDgroup.com – an immersive learning and development education platform using AR/VR.

Dusty is the owner/co-founder of the smart culture website CultureCatch.com – one of the first websites to produce and post both podcasts and webcasts. As a podcaster, he’s interviewed hundreds of celebrities including David Lynch, Gore Vidal, Bob Weir, Ron Howard, Julie Taymor, Kevin Bacon, Danny Glover, and Tilda Swinton. He’s the former editor of Creem and Prince’s New Power Generation magazines.

Dusty Wright got his start in entertainment as a TV variety agent at the William Morris Agency. And, as a critically acclaimed singer/songwriter (DustyWright.com), he’s released seven albums and has had his music featured in films, television and online. His most recent album, “Gliding Towards Oblivion” was released in December 2018. It featured a cover of Donovan’s 1996 hit “Mellow Yellow” with the acclaimed Scottish bard on background vocals. His next album of protest music entitled “Can Anyone Hear Me?” will be released in 2020.

On this episode of the show, Dusty shares his one way ticket stepping aboard the mothership at the end of the film “Close Encounters of the Third Kind” to explore life outside of this solar system. He also reflects on his many celebrity interviews, the early days of podcasting, music today, and why New York City is such a great place in which to engage strangers in conversation.