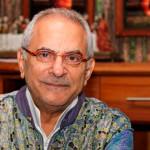 Ramos-Horta began his career in journalism in 1969 in Timor-Leste, and was a co-founder of FRETILIN (Revolutionary Front for the Independence of Timor-Leste).

He has held key government posts within his nation including: Minister for Foreign Affairs and Information in the first government proclaimed in December 1975 following Timor-Leste’s Unilateral Declaration of Independence, and Representative, Spokesperson, for the Resistance (1975-1999); Cabinet Member, United Nations Transition Administration for East Timor (2000-2002); Senior Minister, Minister for Foreign Affairs and Cooperation (2002-2006); and Prime Minister, Minister of Defense (2006-2007).

Since then, he has served in a number of posts both in and out of Timor-Leste. He is currently a Member, Council of State, an Advisory Body to the President of Timor-Leste, and just completed his assignment as Special Representative of the UN Secretary-General and Head of the UN Integrated Peace Building Mission in Guinea-Bissau.

Throughout his career, Dr. Jose Ramos-Horta has worked tirelessly on behalf of human rights and the eradication of extreme poverty. He has been an advocate for indigenous and minority peoples’ rights, mutual respect and tolerance among faiths.

In January 1990, at the University of New South Wales in Sydney, he launched the first ever human rights education and training program in Asia, “Diplomacy and Human Rights”. The program is an innovative approach in the teaching of human rights. It remains the most successful program of its kind in the entire Asia-Pacific region, with training sessions conducted throughout the year in various countries. To-date, more than 2,000 human rights advocates have benefited from the initiative.

Additionally, in July 1994, Ramos-Horta led the first ever human rights education and advocacy training program in Burma. Since then, training programs have been conducted in Indonesia, Timor-Leste, Malaysia, Thailand, The Philippines, Hong Kong, India, Nepal, and Qatar.

As Head of State, Ramos-Horta did not shy away from publicly condemning human rights abuses in North Korea and Iran when other Asian leaders were silent.

During his Presidency, Ramos-Horta launched a series of simple, creative anti-poverty initiatives, aimed at improving the lives of the poorest of the poor. Among them, he launched a community-based housing program for the extremely poor and vulnerable, empowering youths to participate in cash-for-work programs.

For the five years of his term in office, President Ramos-Horta donated half of his monthly salary and the “13th month bonus” to social and humanitarian projects. All his local travel per-diem was donated to the lowest paid staff in his office. Plus, his paid public speaking engagements were donated to different groups in Timor-Leste, particularly, NGOs providing shelter, protection and counseling to women and girls who were victims of domestic and sexual violence.

During his assignment in Guinea-Bissau, Ramos-Horta personally paid for numerous poor and critically ill patients to be evacuated to Lisbon for urgent treatment.

Throughout the years, Ramos-Horta has received distinguished awards, along with numerous academic honors from the world’s most prestigious universities.

Along with Bishop Carlos Belo, for “their work towards a just and peaceful solution to the conflict in Timor-Leste” Ramos-Horta was awarded the Nobel Peace Prize in December 1996.

Besides his mother tongues Tetum and Portuguese, Ramos-Horta is fluent in English, French and Spanish. He resides in Dili.