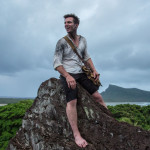 Bill Weir is the executive producer, writer and host of “The Wonder List with Bill Weir” an acclaimed CNN original series in search of people and places, cultures and creatures on the brink of seismic change.

Debuting in March 2015, the first season took viewers from Venice to Vanuatu, from the Alps to the Everglades, telling unforgettable stories shot in lush, cinematic style by London filmmaker Philip Bloom.

Weir joined CNN in November 2013 as anchor and reporter after a decade of distinctive broadcast journalism at ABC News.

In his network career, Weir journeyed to more than 50 nations and all 50 states, covering breaking news and uncovering global trends.

He was among the first reporters into the floodwaters of New Orleans after Hurricane Katrina and Japan’s tsunami zone during the nuclear crisis of 2011. He dodged Taliban bullets in Afghanistan, led network coverage from Iraq and was the first American to broadcast live from Tibet.

In 2012, he anchored ABC’s Summer Olympics coverage from London and brought unprecedented reporting from inside Apple’s Chinese factories.

His live shots have come from atop the Golden Gate Bridge and below the waters of the Great Barrier Reef while his signature adventure reporting includes jumps from hot air balloons, hikes deep into the Amazon and one fun night spent lashed to the side of Yosemite’s El Capitan.

Before joining ABC News, Weir wrote and hosted projects for the FX and USA Networks and was an anchor/reporter in Los Angeles, Chicago, Green Bay and Austin, MN.

He lives in New York with his wife, daughter and a four-pound dog named Burt. He sincerely believes he could escape from prison if the need ever arose.