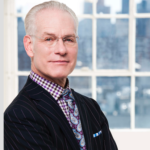 Tim Gunn is known as the Emmy winning co-host and mentor for 16 seasons of Lifetime’s cornerstone series “Project Runway,” where he also served as one of the show’s producers. He and co-host Heidi Klum won the 2013 Emmy Award for Outstanding Host for a Reality or Reality Competition Program, nabbing the award after his first nomination. 2017 marked the duo’s fifth consecutive nomination in the category and the show has received thirteen consecutive nominations for Outstanding Reality Competition Program. In addition to his work on “Project Runway,” Gunn also served as an Executive Producer, mentor and co-host of “Project Runway Junior” for two seasons. The show challenged young designers between 13-17 years old.

In 2018, Gunn and Klum departed the beloved “Project Runway” for a brand-new venture with Amazon Studios. The pair will be seen globally as the pinnacle of the fashion world.

Along with Gunn’s television prowess, he is a recognized and sought after fashion executive and administrator. He served as Fashion Dean at Fifth & Pacific, where he was responsible for attracting, retaining and developing creative talent. Prior to his position at Fifth & Pacific, he was the Chief Creative Officer at Liz Claiborne Inc. Gunn served as a member of the administration and faculty at Parsons School of Design for 29 years and has a rich and deep history with the institution. In August 2000, Gunn was appointed Chair of the Deparment of Fashion Design at Parsons with the charge of retooling and invigorating the curriculum for the 21st century. Under his direction, the department was repositioned as the indisputable leader in fashion design education in America and as one of only a handful of leading programs in the world. Upon leaving Parsons, Gunn received the title of Honorary Chair of Fashion Design at the school. In addition, Liz Cliaborne, Inc. endowed a scholarship in his name.

Gunn is widely recognized as a leading expert in fashion and lifestyle design. His interviews have appeared in a wide range of publications including Newsweek, The New York Times, Entertainment Weekly, Esquire,Women’s Wear Daily, Marie Claire, Fortune and Fast Company among others. He delivered the keynote address at Harvard Business School’s Conference on Luxury Retail. He has also covered the red carpet at the Academy Awards, Emmy Awards and Golden Globes for “The Today Show” and “Entertainment Tonight,” and he co-hosted the Official Oscar Red Carpet Pre-Show for ABC.

Gunn is a well-known writer whose work has graced the New York Times Best Sellers list as author of Tim Gunn: A Guide to Quality, Taste and Style; Gunn’s Golden Rules: Life’s Little Lessons for Making It Work; and Tim Gunn’s Fashion Bible: The Fascinating History of Everything in Your Closet. His most recent book, the critically acclaimed, Tim Gunn: The Natty Professor: A Master Class on Mentoring, Motivating, and Making It Work was released in March 2015. He has written articles for Elle, Seventeen, People, US Weekly and Fortune and had a monthly feature in People Style Watch and Marie Claire.

The now 65 year-old was named one of People magazine’s “Sexiest Men Alive.” Marvel comics made him a superhero in their revival of Models, Inc. with a special feature, “Loaded Gunn,” in which he dons the Iron Man armor to fight crimes against fashion.

Currently, Gunn voices the character “Baileywick” on Disney Channel’s hit animated series “Sofia the First.” He has also made cameo appearances on the television shows “Ugly Betty,” “How I Met Your Mother,” “Drop Dead Diva” and “Gossip Girl” as well as the feature film “Sex and the City 2.”

Gunn devotes a good deal of his time to charitable organizations, especially those with a focus on domestic violence, AIDS awareness and GLBT issues. These organizations include the National Domestic Violence Hotline, GMHC, the Hetrick-Martin Institute and Bailey House.

He resides in New York City.

In this episode, Tim shares his one way ticket to his apartment! He also covers everything from where he buys his clothes to Nancy Pelosi’s style, from the “Slobification of America” to his love of fencing, from why he can’t get off the Red Carpet fast enough to why he’s all about risk taking, and much more. Plus, he answers listeners’ questions.