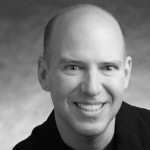 In his role as an attorney, Ted represents entrepreneurs who often need more than accomplished counsel – the excitement and stress of conceiving a new venture demands sound business advice, shared passion, experienced leadership, and the empathy that only a fellow entrepreneur can provide.

Ted serves as the General Counsel of Icebreaker Entertainment, LLC, a multi-brand consumer products company with products in stores including Target, Walmart, Kohl’s, Dollar General, Barnes & Noble, Five Below, and more. Founded by Ted’s wife, entrepreneur and contemporary artist Christi Scofield, the company is expanding to Europe in 2014.

Christi & Ted are the co-authors of the Cocktails & Curiosities travel books. With the tagline “bar crawls for smart people,” the tours combine the best elements of walking tours with the revelry of pub crawls.

Ted has extensive media experience including appearances as a political commentator on WPIX Channel 11 in New York City. He has been quoted in USA Today, The New York Times, BusinessWeek and dozens of other regional and national publications.

Ted lives in Manhattan with his wife, Christi. They were married in November of 2007 on the island of Anguilla.