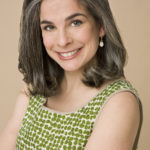 Pauline Frommer is the Co-President, with her father Arthur Frommer, of Frommer Media LLC, publisher of the iconic Frommer guidebooks and Frommers.com. She is also Editorial Director, and Author of Frommer’s EasyGuide to New York City 2017 (it has been the best-selling guidebook to the city, in all its iterations, for the past 3.5 years).

Pauline hosts a nationally syndicated radio show on travel, and writes an internationally syndicated newspaper column for King Features. Her work has been published in numerous magazines over the years including Budget Travel Magazine, Newsweek, Nick Jr. and Elle. She has won multiple awards for her writing from both the North American Travel Journalists Association and the Society of American Travel Writers. She is the former travel editor for MSNBC.com, a post she occupied for three years. She was also a travel commentator for CNN and CNN’s Headline News for four years, during which time she gave weekly reports on travel. You may recognize her face, as Pauline has appeared on Good Morning America, the Today Show, The O’Reilly Report, MSNBC, FOX, Live with Kelly and Regis, NPR’s Talk of the Nation, and every local news station you can name.

A native New Yorker, Pauline lives in the city with her husband, Columbia University Professor Mahlon Stewart and their two daughters, Veronica and Beatrix.