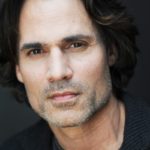 Michael is an award-winning filmmaker who began his career as a film student at NYU’s Tisch School of the Arts, where he won the William Morris Screenwriting Award for his short film KILLIN’ TIME and later graduated with top honors after receiving the school’s most prestigious filmmaking award, the merit-based WTC Johnson Fellowship.

As a cinematographer, Nickles has shot several acclaimed documentaries, including HANDS ON A HARDBODY, which won the Audience Award at the AFI Festival and which was recently turned into a Broadway musical. He also shot the travel doc MIKE’S INDIAN and the rock-doc MOTORCITY MOTOR MOUTH along with several music videos and behind-the-scenes episodes on musical artists for MTV and VH1.

Nickles also directed SWING AWAY, starring John O’Hurley and Shannon Elizabeth. Following a meltdown that leads to a suspension, professional golfer Zoe Papadopoulos travels to her grandparents’ village in Greece to escape the harsh spotlight of the international sports world. Between baking bread and eating baklava, she meets and mentors a ten-year-old girl who is determined – against all odds – to become the next golf sensation. Along the way, Zoe rediscovers her Greek heritage, her love of the game, and the hidden strength within herself as she inspires the townspeople in an epic showdown against a greedy American developer.

Most recently, Nickles wrote, directed and produced the Main-based holiday/comedy HOLLY STAR and is the Executive Producer of Heather Graham’s directorial debut HALF MAGIC. He is also the writer/director of the upcoming international thriller CIRCLE 9.

“Swing Away” is available on all U.S. cable and satellite platforms as well as: Amazon Instant Video, FandangoNow, Google Play, iTunes, Vudu, YouTube Movies, and Xbox.