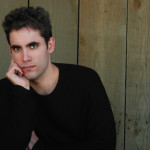 Michael Grandinetti is not your ordinary magician.  With performances on national and international television, in stadiums, arenas, casinos, and theaters around the U.S., with Oscar winning composers and symphony orchestras, for NFL halftime shows and major sporting events while surrounded by 70,000 people, for Fortune 500 companies, and even at The White House, Michael has made a name for himself around the world as an extremely talented and innovative illusionist and entertainer.

He has starred in NBC’s “The World’s Most Dangerous Magic” television special, The CW’s “Masters of Illusion” series, and Pop Network’s “Don’t Blink” series, and has been featured in FOX’s “Bones” series, the “Hollywood Christmas Parade” on The CW, “Entertainment Tonight”, “Access Hollywood”, “SportsCenter”, “NBA on TNT”, “New York Today”, “FOX & Friends”, and “The Bold and the Beautiful”.  Michael was recently featured on the cover of TV Times magazine, released in newspapers across the U.S. Entertainment Weekly named Michael as “a great magician who can truly communicate with a TV audience”.

Michael has also pioneered live magic in one of the most challenging environments imaginable, major-league football stadiums, baseball stadiums, and basketball arenas for NFL and NBA halftime shows and large-scale sporting event shows.  For example, at Bank of America Stadium, Michael caused people to appear, disappear, shrink in size, and levitate above the 50-yard line, while 70,000 people witnessed the magic with a 360 degree view.  At Kansas City’s Kauffman Stadium, Michael performed one of the largest live interactive illusions in history when he read the minds of all 45,000 people in the stadium at the same time.  At University of Phoenix Stadium, for the Arizona Cardinals, Michael’s halftime show was part of large-scale entertainment at the game, which included legendary rock band Journey who performed the national anthem.  Michael’s performance for halftime at the Chicago Bulls NBA playoff game at United Center in Chicago caused commentators Shaquille O’Neal and Charles Barkley to comment in amazement during the live national broadcast on TNT.

Michael was recently honored to be the first Illusionist ever invited to perform in the National Independence Day Parade in Washington DC.  During this remarkable celebration of the U.S., Michael levitated a girl high above one of the floats as it moved down Constitution Avenue, while a live audience of 250,000 people lined the streets.

This is magic on a major scale.

Make sure you catch Michael when he stars in Season Three of the hit CW series “Masters of Illusion”, premiering in the summer of 2016.

One of the first books written about magic: “The Discoverie of Witchcraft” by Reginald Scot https://en.wikipedia.org/wiki/The_Discoverie_of_Witchcraft

“I’m an eternal student of magic.”

“We love watching the audience respond…[It’s] tremendously fun and it’s tremendously rewarding, especially after you’ve put a lot of work into what you’re doing”.

“There’s a lot of work that goes into magic that people don’t realize cause our goal is to make it look simple”.

“The goal of what we do and certainly of any magician is to give people a sense of not only amazement and wonder, but kind of possibilities…it’s basically to inspire people and to uplift people.”

According to Michael, magic should “let you go back to that feeling like you were a kid when you thought anything was possible…and it kind of recharges your battery.”

“Magic is an underappreciated art.  Magic is just as powerful an art as music, as poetry…Magic gives people the sense of amazement that you can’t get anywhere else.

Texas Congressman Pete Sessions is working to pass a bill to elevate magic to the status of national treasure.  Society of American Magicians has been working towards that since the 1960s.