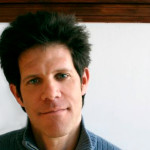 Larry Smith is the Founder and Editor of SMITH Magazine, and its younger cousin, SMITH Teens. SMITH Magazine is best known for launching the Six-Word Memoir® project, which is a bestselling series of seven books and a global phenomenon.

Anticipating the micro-blogging explosion, SMITH originally launched the Six-Word Memoir® project in November 2006 in partnership with Twitter with a simple online challenge asking: “Can you tell your life story in six words?”

Larry has been called a “luminary in the story world” on the A Storied Life blog, and one of the “most interesting people of the day” on CNN. Oprah Magazine said of Larry “Smith is on a quest to spark the creativity of aspiring writers”.

Prior to launching SMITH, Larry was the Articles Editor of Men’s Journal, and has been the Executive Editor of Yahoo! Internet Life, Senior Editor at ESPN The Magazine, a Founding Editor of P.O.V., and Editor-in-Chief of its sister publication, EGG, as well as an Editor of Might magazine. While living in San Francisco, he was Managing Editor of the wire/syndication service AlterNet, and now serves on its board.

He lives in Brooklyn, as all storytelling types are supposed to, with his wife, the writer Piper Kerman and their son.