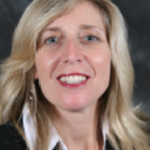 Judy Isaacson Schaffer is the Founder and President of Heroes to Heroes, an organization dedicated to helping American veterans with post-traumatic stress disorder come back to life again. She founded Heroes to Heroes in 2010 and has built it into an organization that is respected internationally for the successful work it does.

Ms. Schaffer also served as the Regional Manager/Northeast for Regional Reps Corp, a radio advertising rep firm that represents privately owned radio stations throughout the U.S. She spent two years in the financial services industry, working as a rainmaker with Morgan Stanley, where her responsibility was to develop new business for a to financial team. Before working in financial services, Ms. Schaffer spent over twenty years in media and advertising. She began her career as a media negotiator at a variety of advertising/barter agencies and then moved on to radio where she sold advertising on XM Satellite Radio and represented the African-American Community as a sales manager of WNEW-FM, she introduced the on-air teams of Opie & Anthony and The Radio Chick, to the New York City metro area.

Ms. Schaffer received her bachelor’s degree in social work at Kent State University and attended Hebrew University of Jerusalem. She is currently pursuing a Master’s of Science in Nonprofit Leadership and Management at Fordham University.