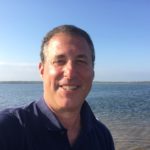 Joshua Hammer was born in New York and educated at Princeton University.

Between 1992 and 2006 he served as Newsweek Bureau Chief and Correspondent-At-Large on five continents. He is currently a freelance writer based in Berlin, a contributing editor to Smithsonian and Outside, and frequent contributor to the New York Review of Books and the New York Times Magazine.

Hammer is the author of four non-fiction books and won the National Magazine Award for Reporting in 2016.

Order “The Bad-Ass Librarians of Timbuktu” on Amazon