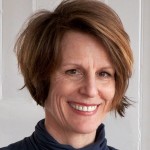 Amy Weiskopf is known for her uniquely composed still lifes that bring together unexpected objects in an array of shapes, sizes and textures. Her canvases are brought to life by these distinct groupings and via sublime uses of color and shading.

Among other publications, Arts Magazine, Artnews, the American Arts Quarterly and the New York Times have all featured and reviewed Amy’s work.

Born in Chicago and having spent time in New Orleans, Amy now divides her time between her Brooklyn studio and Italy.

Amy received her BFA from Washington University in St. Louis and her MFA from the Tyler School of Art at Temple University.

She is represented by the Hirschl & Adler Galleries in New York City.