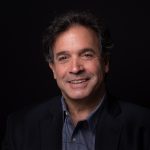 Dr. Rudolph E. Tanzi is the Vice-Chair of Neurology, Director of the Genetics and Aging Research Unit, Co-Director of the Henry and Allison McCance Center for Brain Health, and Co-Director of the MassGeneral Institute for Neurodegenerative Disease at Massachusetts General Hospital. He also serves as the Joseph P. and Rose F. Kennedy Professor of Neurology at Harvard Medical School. Dr. Tanzi received his B.S. (microbiology) and B.A. (history) at the University of Rochester in 1980 and his Ph.D. (neurobiology) at Harvard Medical School in 1990.

Dr. Tanzi was a key member of the teams that discovered the first Alzheimer’s disease (AD) gene, the amyloid precursor protein (APP) gene, and the two other early-onset familial AD genes, presenilin 1 and presenilin 2. As leader of the Cure Alzheimer’s Fund Alzheimer’s Genome Project, Dr. Tanzi identified several other AD genes, including CD33, the first AD gene shown to regulate neuroinflammation in AD. He also discovered the Wilson’s disease gene and several other neurological disease genes.

Dr. Tanzi’s team was the first to use human stem cells to create three-dimensional mini human brain organoids of AD, dubbed “Alzheimer’s-in-a-Dish”. This model was the first to recapitulate all three key AD pathological hallmarks. He and his team have successfully used these organoids to screen for approved drugs and natural products that can stop AD brain pathology. Dr. Tanzi has developed several novel therapies for AD including gamma secretase modulators targeting amyloid pathology (Phase 1 planned 2021) and AMX0035, which was already successful in a clinical trial of ALS and now under priority review for approval at the FDA. Dr. Tanzi also discovered that beta-amyloid plays a functional role in the brain as an anti-microbial peptide, supporting a potential role for infection in the etiology of AD.

Dr. Rudolph E. Tanzi serves as Chair of the Cure Alzheimer’s Fund Research Leadership Group and on numerous scientific advisory and editorial boards. He has published over 600 research papers and is one of the top 50 most cited neuroscientists in the world. He has received the highest awards in his field, including the Metropolitan Life Foundation Award, Potamkin Prize, Ronald Reagan Award, Oneness in Humanity Award, Silver Innovator Award, the Smithsonian American Ingenuity Award, the Brain Research Foundation Award, and the Kary Mullis Award for Medical Research. He has also been named to TIME magazine’s list of TIME100 Most Influential People in the World. Dr. Tanzi is also a New York Times bestselling author, who has co-authored the books Decoding Darkness, and bestsellers, Super Brain, Super Genes, and The Healing Self.

Dr. Tanzi joins us for our 10th anniversary special series – a “one way ticket to optimal mental, physical and spiritual well-being”. On this episode of the program, Dr. Tanzi’s conversation with Host Steven Shalowitz includes why today is rapidly becoming the golden age for solving age related brain diseases, lifestyle changes we can make to reduce the risk of Alzheimer’s and questions around the brain-consciousness connection.

Read: Super Brain, Super Genes and The Healing Self