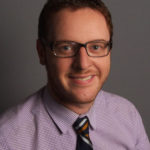 Dr. Efraim Chalamish is a powerful public speaker whose intellect and passion have seen him travel across the globe to lecture, provide high-level government counsel, educate and inspire.

Efraim Chalamish has worked in international legal practices in New York, Paris, and Israel.  His work has included international arbitration disputes, energy and cross-border transactions for multinational clients.  He has been teaching International Investment Law and Energy Deals at New York University and serves as a visiting professor at IESE Business School.

He was selected to be a Global Fellow at New York University, where he explored global governance of corporations and multilateral institutions, the intersection of business and national security, energy and sovereign wealth funds’ economics and policy, international investment arbitration, and global governance and financial regulation.

His articles have been published in leading journals and magazines in the US and Europe.  An exclusive contributor to Economonitor of Roubini Global Economics and regular analyst for The Huffington Post, Project Syndicate, The Gulf Times, The Jerusalem Post, The Marker, Haaretz and Jewish Week.

Efraim was the founder and president of the Global Center for Economic Development and Security and is distinguished by his passion for law, Israel and empowering others to better understand complex realities and make informed choices.

He has worked intimately with the sovereign funds and asset management industry and provided advice on funds’ governance, investment management and risk allocation.

Efraim has been consistently involved in public service and diplomacy.  He is highly committed to helping various non-profit organizations with their strategic thinking and leadership needs and is a frequent guest speaker at many international institutions, communities and universities.  He has the ability to transmit complicated concepts in a straightforward and accessible manner.

He was named by the French Government as a Future Global Leader for 2011.  He has served as a board member and a Permanent Representative to the United Nations, of the International Association of Jewish Lawyers and was the founding Co-Chairman of the American Jewish Committee’s ACCESS.  Dr. Chalamish is a recipient of several prestigious awards and fellowships, such as “36 under 36” of the Jewish world and Goldman International Fellowship.

Efraim is a sought after and dynamic public speaker and his presentations have consistently engaged and inspired around the world.