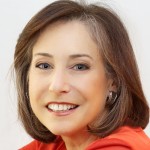 Ann began her career as a lecturer in Victorian literature at Princeton University, where she earned a Ph.D in English.

Her career as an entrepreneur in media and technology included the creation of satellite and internet businesses for the National Football League and Columbia University’s online education company, Fathom.

A frequent contributor to conferences and publications, Ann was named one of New York Magazine’s Millennium New Yorkers and honored as a distinguished graduate of Princeton University and University of Buffalo.

She serves on the Board of Directors of Apollo, Public Agenda, the Jewish Women’s Archive, and the Princeton University Graduate School Leadership Council.

Her new book is LADY AT THE OK CORRAL (HarperCollins, 2013), the story of Josephine Marcus Earp, the woman who was Wyatt Earp’s common law wife for nearly 50 years, the woman who sparked the world’s most famous gunfight, the one who buried her husband in a Jewish cemetery after he died — in her bed — in 1929, and the one who shaped the legend of Wyatt Earp and the Wild West.

Ann is also the author of SALA’S GIFT (Simon and Schuster, 2006), the story of her mother’s wartime rescue of letters from Nazi labor camps, available in German, Polish, Chinese, French, and Italian editions. The original letters are in the permanent collection of the New York Public Library, and are the subject of a traveling exhibit in the United States and Europe, a theatrical play “Letters to Sala” by Arlene Hutton, and a documentary film “The Letter Carrier” by Murray Nossel.

She lives in New York with her husband, Dr. Harold Weinberg, and is the mother of Elisabeth, Caroline, and Peter.